Long Live The Local is an industry-backed campaign, that celebrates the important social, cultural and economic role pubs and breweries play in Britain and highlights the jeopardy they face from a range of tax pressures, specifically Beer Duty.

COVID-19 had a devastating impact on our pub and brewing industry and we face a long and hard road to recovery. We want as many people in the UK to support the campaign by signing the new petition and sending an email to their local MP. Even if you have signed and emailed previously, we would like you to do so again.

We need Government support now more than ever. As a result, we are asking for a significant (25%) cut in Beer Duty over the remaining course of Parliament (4 years). The campaign will ensure pub goers, beer drinkers, trade and politicians are aware of the pressures Britain’s pubs and breweries face and what is at risk for our communities, society and economy if we lose them.

Since its launch in 2018, over 400,000 people have signed a petition and 200,000 have emailed their MP asking Government to cut Beer Duty. This has led to The Chancellor deciding to freeze Beer Duty in the last two Budgets instead of going ahead with his planned increases. This has saved the industry over £190M, helping protect pubs, breweries, jobs and sector investment.

We are urging everyone to visit the website to help protect the future of UK pubs and breweries. It only takes 2 minutes to do – so please support the campaign now! 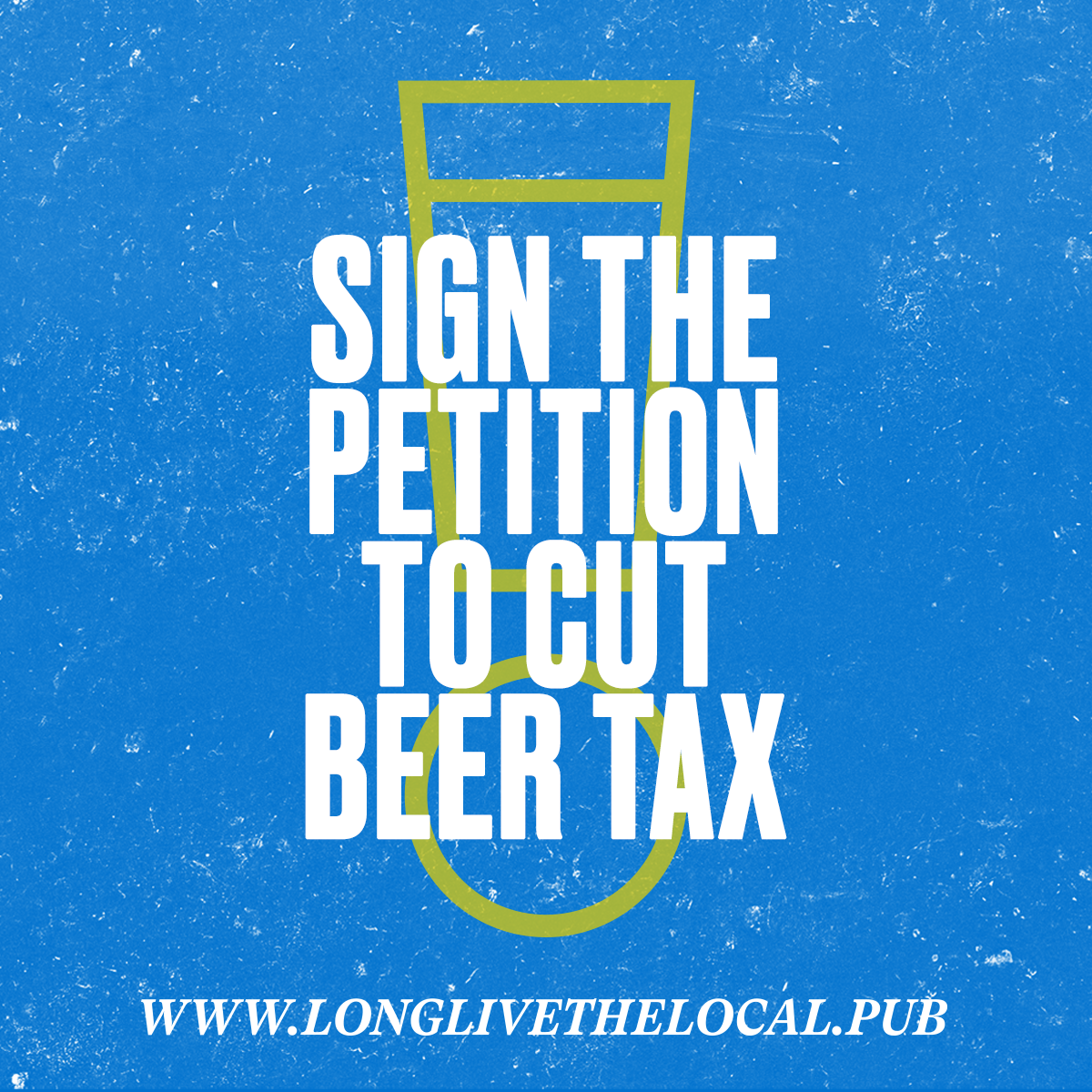